This course will provide you with frameworks to understand the current cybersecurity landscape while helping you define your role and address your concerns as a professional in charge of safeguarding critical infrastructure, assets, and the public. You will finish the course with a practicable plan to implement cybersecurity measures at your organization.

You will gain insight into the events and activities that influence how organizations create and implement cybersecurity policies in an increasingly dynamic global community. You will also learn how to implement cost-effective, mission-based cybersecurity, deploy your organization’s resources to effectively address cyber vulnerabilities, and build and maintain a robust cyber workforce. Upon successful completion of the course, students will receive a certificate of completion.

Designed for professionals who wish the learn more about the impact of cyberattacks in both the private and public sectors and how to apply protective solutions directly to their organization.

Module 1: A Theory of Digital Spaces, From Westphalia to Western Digital

Develop a foundational understanding with a common lexicon for digital life by reviewing first principles, nomenclature, and taxonomies with the help of Sherri Ramsay, consultant to Cambridge Global Advisors.

Module 2: Cyber Hygiene and the Failure to Keep It Clean

An introduction to cyber hygiene frameworks and a review of case studies from recent cyberattacks.

Module 4: Where Do We Go From Here?

Unifying the theoretical, practical, and regulatory approaches into an operational series of best practices.

Are You Ready to Join us?

Learn how to take your career to the next level.

Enroll in Our Program Today

Phil Stupak is a senior advisor at Cambridge Global where he provides bespoke government relations solutions to companies operating within the cybersecurity, homeland security, and national security environment. He is also a senior fellow at the University of Chicago's Harris Cyber Policy Initiative where he focuses on disinformation campaigns, election security, and AI policy.

Stupak previously served in President Obama's Administration where he handled cybersecurity, technology research and development, national security, and international relations portfolios for the Deputy Secretary of the US Department of Homeland Security. In that role, he served on the executive team implementing President Obama’s Executive Order 13636, Improving Critical Infrastructure Cybersecurity; developed the first version of DHS’s continuous diagnostic monitoring (CDM) program as well as conception-to-deployment of EINSTEIN 3A; chaired the internal DHS China Working Group; launched the first ministerial-level engagement on cybersecurity cooperation between DHS and the People’s Republic of China’s Ministry of Public Security; ran the DHS Data Sharing Framework working group; and worked on interagency law enforcement task forces investigating significant cybersecurity hacks (including the 2013 $45-million ATM cyber heist). Stupak also helped negotiate the US-EU Passenger Name Records Agreement, which improved the safety and security of both continents through secure data sharing on inbound passengers from the EU.

Before joining the Obama administration, Stupak served as counsel to the US House of Representatives Committee on House Administration, led then-Senator Obama’s 2008 field campaign in northern Michigan, and served in the general counsel’s office at the New York City Board of Elections.

Master of Science in Threat and Response Management

As a consultant to Cambridge Global Advisors, Sherri Ramsay engages in cybersecurity strategy development and planning, cyber assessments, leadership, partnership development, and marketing/development of cybersecurity tools and security operations centers. She is on the Board of Advisors for Virginia Tech’s Hume Research Center, the University of Chicago Cyber Policy Initiative, and TruSTAR Technology.

Ramsay is the former Director of the National Security Agency’s (NSA) Threat Operations Center (NTOC). She led discovery and characterization of threats to national security systems, provided situational awareness for those threats, and coordinated actionable information to counter those threats with DOD, DHS and FBI. She also served as a senior leader in NSA’s Signals Intelligence Directorate, Technology Directorate and Information Assurance Directorate.

Tony Sager leads the development of the CIS Controls™, a worldwide consensus project to find and support technical best practices in cybersecurity. He champions the use of CIS Controls and other solutions gleaned from previous cyber-attacks to improve global cyber defense while nurturing CIS’ independent worldwide community of volunteers, encouraging them to make their enterprise, and the connected world, a safer place.

In addition to his duties for CIS, he is an active volunteer in numerous community service activities including; the Board of Directors for the Cybercrime Support Network; a member of the National Academy of Sciences Cyber Resilience Forum; Advisory Boards for several local schools and colleges; and service on numerous national-level study groups and advisory panels.

Sager retired from the National Security Agency (NSA) after thirty-four years as an Information Assurance professional. In 2001, Sager led the release of NSA security guidance to the public. He also expanded the NSA’s role in the development of open standards for security. Sager’s awards and commendations at NSA include two Presidential Rank Awards at the Meritorious Level, and the NSA Exceptional Civilian Service Award. The groups he led at NSA were also widely recognized for technical and mission excellence with awards from numerous industry sources including the SANS Institute, SC Magazine, and Government Executive Magazine.

Sager holds a BA in Mathematics from Western Maryland College and an MS in Computer Science from The Johns Hopkins University.

Leah Stupak is a senior counsel representing Google as a brand and a marketer of its own products and services. She supports the global marketing operations and brand and reputation teams, and advises on a wide variety of legal, privacy, regulatory, and compliance matters. She provides strategic direction and counsel on marketing procurement, sponsorship, promotion, and licensing contracts. She also handles campaign review and substantiation, rights clearances, direct marketing, growth marketing, market research, pricing and sales promotions, contests, influencer marketing, and social media initiatives.

Ready to take your next step?

From molecular engineering to computational analysis, big data and cutting-edge technology can help solve some of the hardest problems we face. Get up to speed on these rapidly-changing fields and apply a quantitative approach to any challenge. 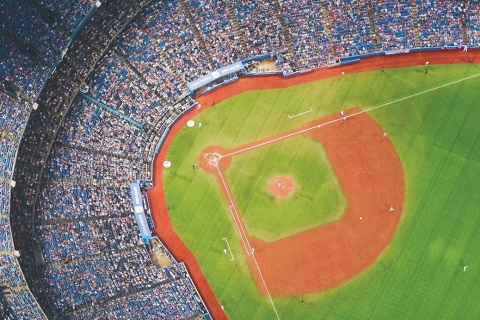 The Rise of Cyberthreats in Sports

Master of Science in Threat and Response Management
Image 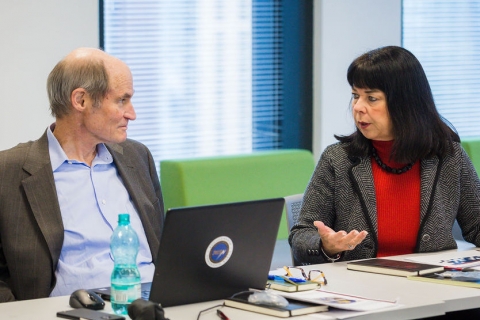 Countering Threat in a Digital Environment

Master of Science in Threat and Response Management